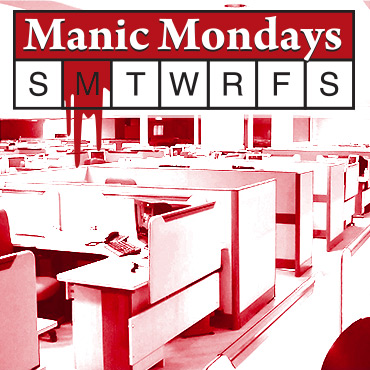 Manic Mondays is a weekly comedy podcast hosted by Devo Spice designed to give you something to look forward to on Monday mornings. The show is usually 15-20 minutes long, features comedy songs, a weekly segment called News of the Stupid, and occasionally other segments such as Horrible Movie Reviews and Bad Advice with Devo Spice.

You can listen to all 500+ episodes, download shows, and search for songs that were played at ManicMondays.net. Manic Mondays is also available on iTunes and other major podcast directories, or subscribe to its RSS feed. 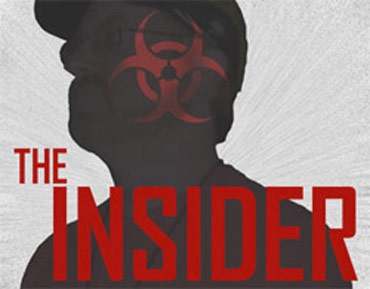 The Insider is Devo Spice's monthly podcast designed to give his fans a peek under the hood at what is going on in Devo's world. It features more in-depth updates, news, and behind-the-scenes information than is available elsewhere, plus, wherever possible, information about upcoming events, projects, and plans. Episodes are released once a month—usually later in the month—and run from generally 20-40 minutes long.

The Insider is available on iTunes or you can subscribe to its RSS feed here: http://feeds.feedburner.com/dsinsider. You can also listen to episodes right here on devospice.com. 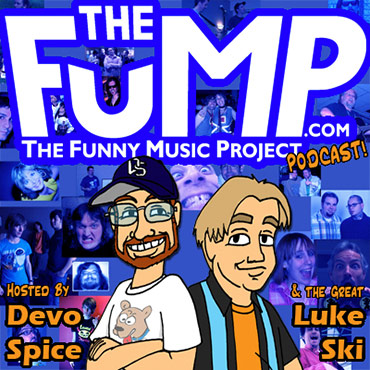 The Funny Music Podcast, or The FuMPCast, is a weekly live show hosted by Devo Spice and The Great Luke Ski. It is designed to be a companion show to The FuMP. Each week Devo and Luke play and discuss the previous week's songs and wherever possible interview the artists who posted them. The show also features comedy-music news, a list of upcoming tour dates for FuMP artists, and will even tease out who is posting upcoming songs.

The FuMPCast is broadcast live on Dementia Radio every Thursday night at 9:00 pm Eastern/ 6:00 pm Pacific. While the show is airing you can tune in live here: http://www.dementiaradio.org. After the show is over the recording is posted as a podcast which is available on iTunes and on The FuMP, or you can subscribe to the show's RSS feed here: http://feeds.feedburner.com/funnymusic 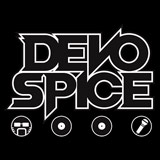 This item has been added to your shopping cart. 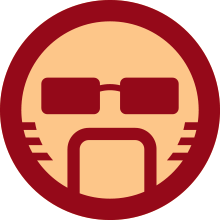